Due to aging or excessive weight changes, the skin of the inner part of upper arm is prone to loosening and sagging. In cases where the arm is thick and its skin is tight, liposuction procedure to be done on the back part of the upper arm may thin the arms. In early stages of skin loosening, it is possible to tighten the skin as well as thin the arms with laser lipolysis (slim lipo). However these methods offer good results in a selected group of patients. In cases where there is a large volume of excess skin, it is imperative to remove it, however stretching the skin towards the underarm area with incisions to be done in the armpits will not produce an adequate result. Depending on the level of sagging, the operation must be planned in such a way that the incisions will begin at the armpit going downwards to the elbow through the inner arm. The length of the scar to be formed under the arm and its inner part are directly proportional to the level of sagging. Although the most substantial developments occurred in the 1970’s, the cause of unsatisfactory results is the erroneous choice of patient.

During the preoperative consultation, the volume of fat tissue and level of sagging must be evaluated. In addition, the patient will be informed about the post-operative scars. The brachioplasty surgery can be performed under general as well as local anesthesia. The excess skin and fat tissue are excised through an elliptical shaped incision to be done in the inner part and at the back of the arm. Liposuction can be performed on other areas of the arm at the same time. The incision site will be sutured in two layers from the inside, the arm is bandaged with a soft dressing at the end of the operation and the patient can leave the hospital 3-4 hours later.

Arm lift (brachioplasty) surgery can be done alone as well as accompanied by other body contouring surgeries (abdominoplasty, breast reduction or augmentation and thigh lift). The patients will be wearing a special compression dressing during three weeks following the operation, limit arm movements for a week and keep their arms high above. Apart from these, there will be no specific indication.

Width and protuberance of the scar following the operation will be different for each individual as it is the case for every operation. To minimize the scarring, massaging the scar with a corticosteroid containing cream, and if necessary using silicone sheets are suggested.

As long as the patient choice is right, brachioplasty results will be satisfactory for both the patient and the doctor treating the condition. 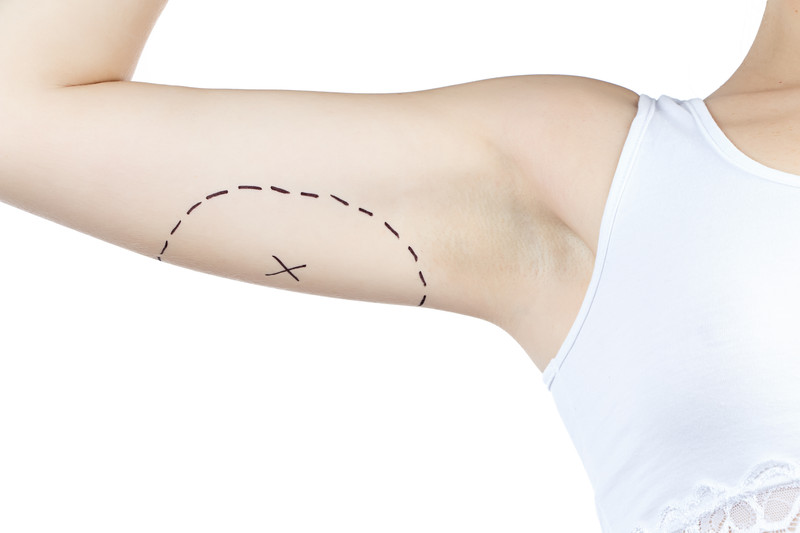